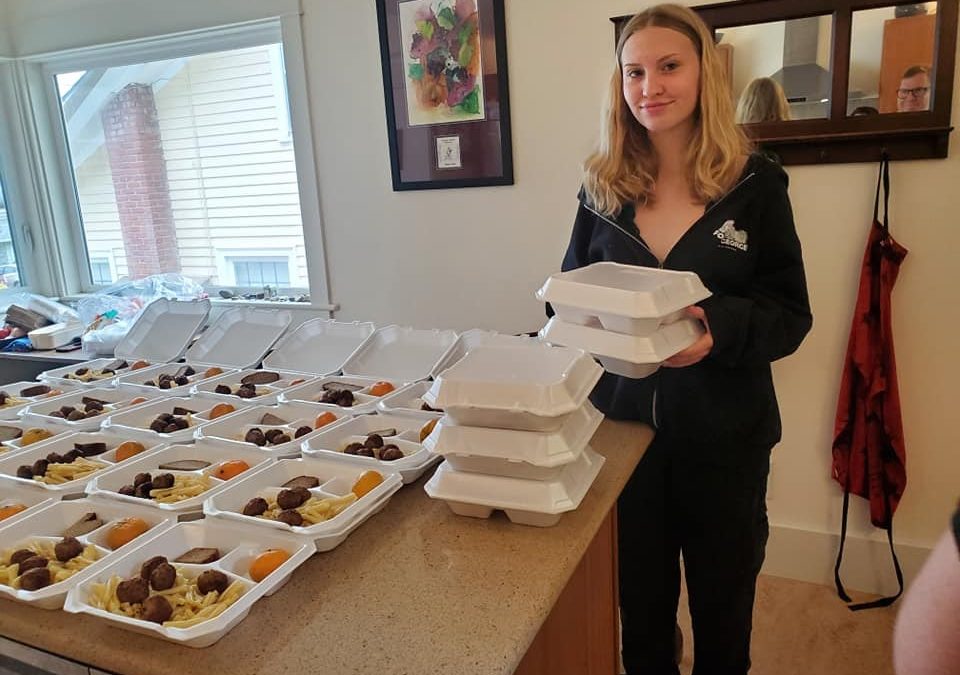 Several years ago I was asked to play a couple tunes for a fundraising event my friend Dinah was putting together at her gallery. It was all local performers coming together, raising money for an organization that shows up at the local park six days a week and feeds people.

Of course I was happy to offer up my services and help however I could. I’ve played plenty of benefits in the past, but this one really got me thinking about things; namely, how can I make positive change and be of service to others more frequently?

For so many years past, I’d harbored this feeling of helplessness as I witnessed so much suffering in the world, yet couldn’t clearly see a way to make an impactful change.

What I really didn’t see for so long is that even the smaller actions help move the needle.  Sometimes it’s easy to forget that we can all be of help to the human condition, even if it’s something so basic as holding a door open for a stranger in a public place.

That night at the benefit, there were a lot of our local homeless people in attendance, there to speak and give testimonials about the organization and the woman who created it, Corri Buck. I got to meet some of them, hear their stories, and witness the deep love and gratitude they hold for this woman who’s been so profoundly helpful in their lives.

It went beyond food too – It encompassed things like helping people with the proper clothing and preparation for job interviews, applications, supplying public port-o-potties, hand washing stations, phone charging stations – things that most people take for granted.

Corri had created Filling Empty Bellies out of an urgent calling, at a time when her daughter was living on the streets with an addiction problem.

One day, feeling completely powerless to the situation, Corri went into her kitchen and made 8 sandwiches with everything she had available, then drove around the city, handing them out one by one to each homeless person she encountered.

This became a regular thing for Corri, and eventually evolved into a non profit 501c3 which has, to date, given out more than 50,000 meals, and not all the recipients are people living on the streets; sometimes they are families who can’t afford to buy food during rent week when their food stamps have run out, who work full time and still can’t make ends meet.

Some people within the city have criticized Corri, accusing her of being an enabler but I certainly don’t see it that way. Corri is someone who has had the guts and inspiration to actually do something positive for other people who are in immediate need.

I began making contributions after meeting Corri, hearing her story and what an incredible person she is, and that each dollar donated creates a meal for someone.

This year I felt an urgency to ramp things up, so I created a project to support.

Personally, this feels like the beginning to me in what I can personally do to help the human condition, and I know that as time goes on, I’ll think of more and more ways to be of greater service.

Be part of positive change by purchasing this album. Your purchase provides five meals for people in need. I thank you for your contribution!

PS- To sweeten the offer, I will throw in a 2nd bonus “surprise album” when you share the link & tag me (or make a screenshot) on social media.