Picking up where I left off in my last blog post, Finding Seu Jorge.

Sometime around 3:00 a.m., after a long night of making music with Seu Jorge in his Silver Lake home, he started showing me all kinds of YouTube music videos that I’d never seen before; really incredible stuff.

It was getting super late/early at this point and time to leave when he clicked on “just one more” and this one kept me captivated for another 45 minutes.

This video was like nothing else I’d ever seen before. I thought, “Who were these fascinating mystical hippies playing Rock-infused Samba?”

I was completely enraptured and knew that these were my people and that I must somehow find them.

Serendipitously, four years later, I found myself on a plane to Bahia from Rio, traveling with the band to witness their first reunion show since 1997.

These two shows were not a mere “nostalgia review” for baby boomers of that generation by any stretch of the imagination. Conversely, the outdoor amphitheater was by and large filled with thousands of young people under the age of thirty, who sang along with every lyric to every song.

It was a continuation of the strong youth movement that Novos Baianos had generated some 45 years beforehand and a huge testimony as to the staying power and pertinence of their music. In a similar way that the Grateful Dead developed a decades-long following of counter culture, Novos Baianos has done the same (sans the Avant-Garde/Space improv aspect).

The turn of events that brought me into their fold is an interesting one, somewhat cosmic and would-be “random” to most people.

As I mentioned earlier (in my blog installation Finding The Girl From Ipanema), I had been brought to Rio in 2013 as part of a songwriting team for a World Cup song that Coca-Cola was sponsoring, produced by Mario C.

Over the years, I had met a lot of Brazilian musicians & producers through Mario. People frequently came to L.A. to work with him on projects, so when I finally arrived in Rio, it was like I already had a built-in group of friends.

After my week-long stint for Coke, I stayed on another week, hosted by my friend Kassin, one of Brazil’s top producers and musical masterminds.

At that time he was partnered up with another very highly regarded producer, Berna Ceppas.

One afternoon at their studio, I helped their audio engineer Daniel mix a big band song for a film they were working on.

The following day at Kassin’s place I was scrolling YouTube, looking at Elza Soares videos, and happened upon an insanely cool TV performance from the ’80s of her in a duet with a performer simply listed as “Baby”.

The two of these women just blew my mind apart with their version of “Brasileirinho”.

It’s so interesting to note the huge amount of big stars Brazil has that we rarely (if ever) get exposed to.

He explained that Baby had been in a band in the ’70s called Novos Baianos and that Daniel (the engineer who I had worked with the day before) is the son of Dadi, the Novos Baianos bass player.

I didn’t look into it any further for whatever reasons, until after Seu Jorge happened to show me the documentary.

About a year and a half later, I found myself performing a week-long engagement with Jorge at the Blue Note in New York.

It was in the backstage area after one of those performances when I turned around and found myself staring face to face with Baby (currently known as Baby Do Brasil).

Taken by surprise, I just blurted, “Baby Do Brasil! What are you doing here?!”

“Of course, I love Novos Baianos!”

I really had no idea at the time of just how iconic she is. To me, she’s like the Cher of Brazil and one of their biggest rock stars of the 80s.

Flash forward to 2015, again in Rio, at a Jorge Ben concert where I met Daniel’s father, Dadi Carvalho, who was playing bass in Jorge Ben’s band.

We struck up an immediate friendship and began working together on a musical project.

2016 – Back in Rio once again; after being there a couple days I finally got around to calling Dadi, and as it turned out, he happened to be leaving to go rehearse with Novos Baianos and asked if I wanted to tag along.

This was a “living the dream” moment for me in the synchronicity department, and to add to it, the rehearsal space happened to be only one block away from where I was staying. One Block.

I walked in to find Baby, who took hold of me and began bringing me around to each member, personally introducing me, telling them about the Seu Jorge show at Blue Note.

The band was reuniting for the first time in 19 years and this was their first and only rehearsal in preparation for their big shows in Bahia that weekend. 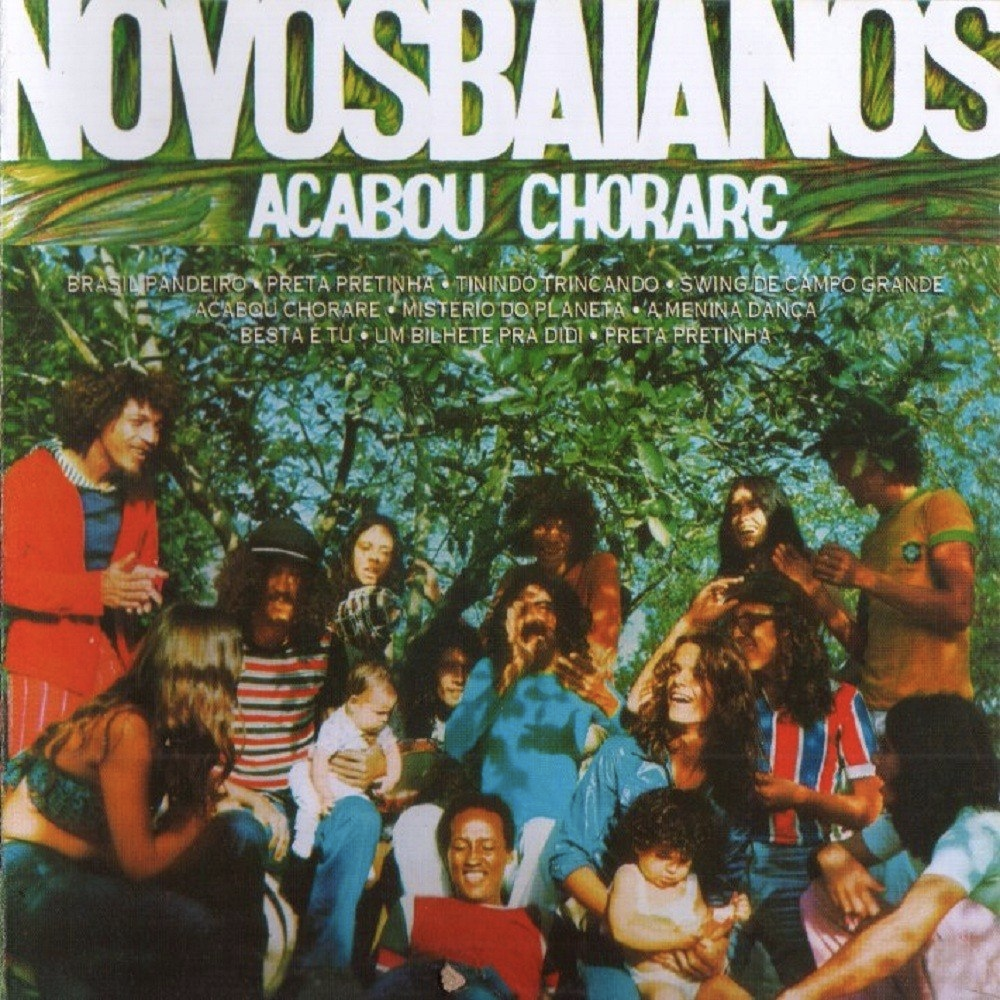 They began running through the material and it was as if nothing had changed. They blew my mind playing all the music from Acabou Chorare, their 1972 masterpiece (and one of the most important records in Brazil’s musical history).

During the break, Dadi asked me if I’d like to come to Bahia with them for the shows.  Two days later I found myself at the airport with all of them, soon departing for Bahia.

I had started studying Portuguese three years beforehand but wasn’t yet conversational until Novos Baianos took me under their wing and began helping me out. This was a huge breakthrough for me and really something I hold dear to my heart, inspiring me to go further distance in learning the language.

In 2017 I began writing an article about the band for Wax Poetics Magazine; the first article written in English for a North American audience.

It was a long process that was finally published in March 2020,  with interviews by several members – Paulinho Boca, Moraes Moreira, Luiz Galvão, Dadi, and also Tom Zé who was instrumental in the band’s formation (Tom Zé introduced the band’s two main songwriters to each other in 1967, pre-NB). 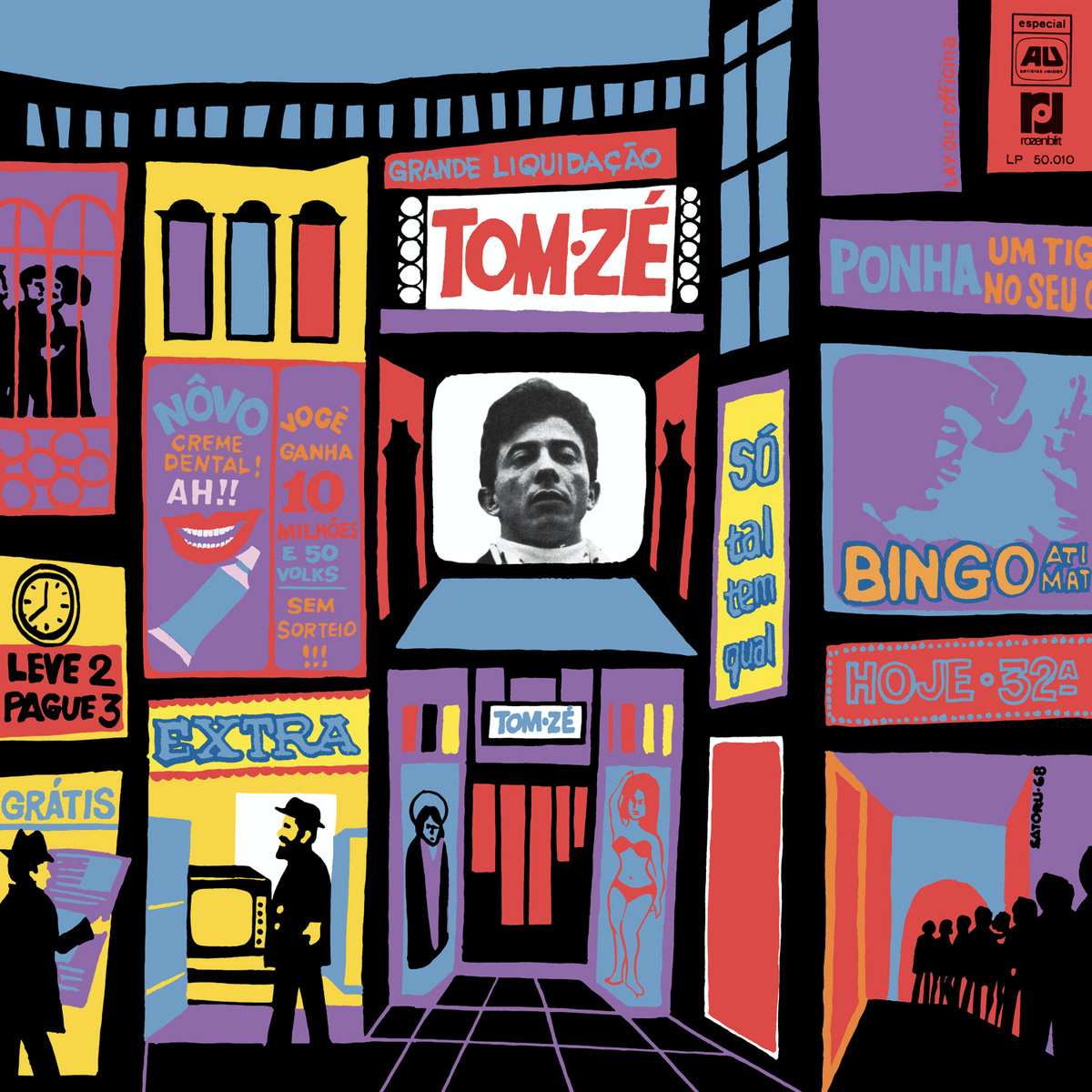 I’m forever grateful for my experiences and friendships with these special people, for all the love and kindness they’ve shown me, and the positive influence that they’ve had on me as a person.

Stay Tuned For The Next Blog Installation!