Serendipitous stories from the archives of Joey’s life.

A Career in Music

Beginning with the groundbreaking Post-Punk experimental band Tupelo Chain Sex, Joey’s journey as a professional musician has made many twists and turns in the past four decades.

As a performer, producer, bandleader and DJ, it’s not at all surprising to find his name attached to a multitude of genres – Jazz, Rockabilly, Jamaican, Afro Cuban, Brazilian, Funk, Soundtracks and more. 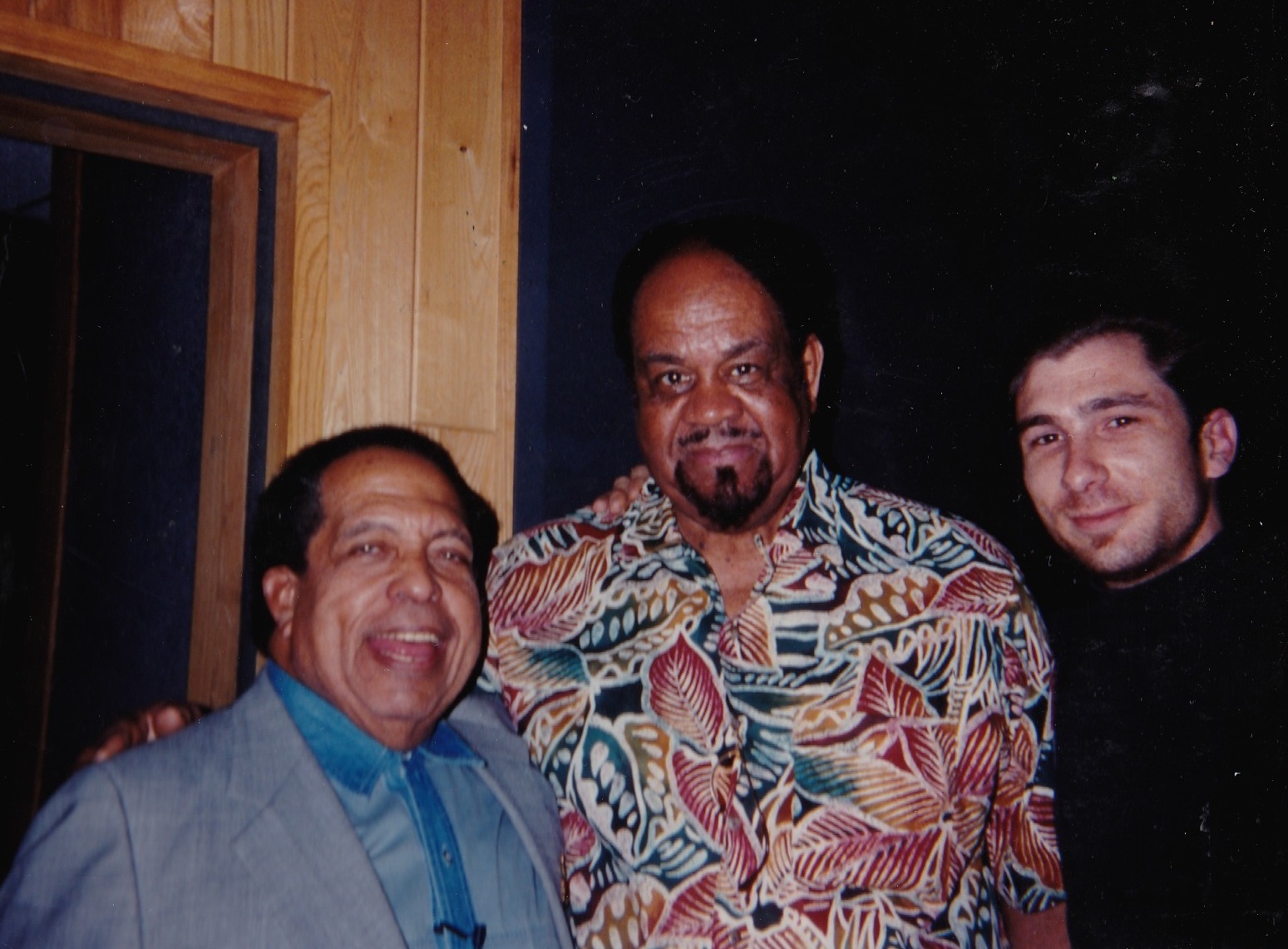 Since childhood, I’ve carried visions of doing special things in my life, things involving special people, places and events. These visions were like little make believe daydreams, yet as time passed, I witnessed many of these come to fruition.

Sometimes they weren’t even cognitive but moreso generated through the subconscious and oftentimes involving records that I owned, with the musicians popping out of the vinyl and into the 3D matrix, becoming my real life friends, mentors and collaborators.

Since my twenties I’ve had the great privilege of making musical collaborations with heroes of mine from various musical genres – Jazz, Cuban, Jamaican, Brazilian etc. Often the situation evolved from a casual “power of suggestion” conversation, such as the time I said to my friend Jason, “I’d really like to find Ernest Ranglin and see if he’d do a guest spot with me for our next Japanese tour”.

This is exactly how my  friendship and musical collaborations with Ernie began nearly three decades ago. 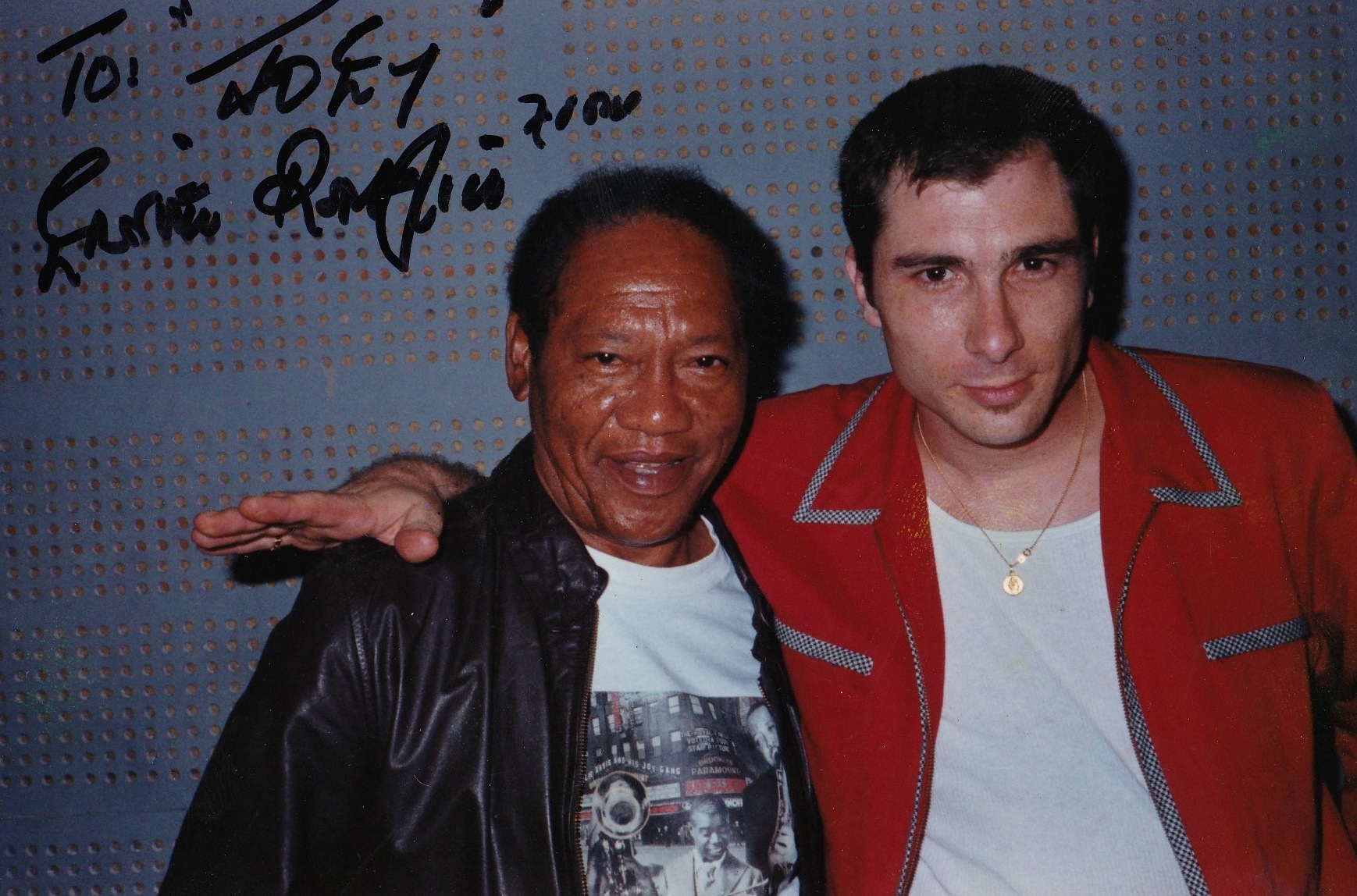 Joey Altruda is an American musician, composer, producer and bandleader from Los Angeles. California. His involvement in the L.A. music scene began in 1981 as a founding member of the post-punk experimental group Tupelo Chain Sex which featured blues violinist Don “Sugarcane” Harris.

In 1989, with the help of drummer Willie McNeil, he created the band Jump With Joey, performing American Jump Swing music and early forms of Jamaican Ska. The group became a keystone in the revival of traditional Jamaican Ska, Rocksteady, and Reggae, recording 4 CDs and performing several times in Japan and New York. During the early to mid nineties, the band broke new musical barriers by introducing heavier elements of Afro-Cuban and Jazz into the Ska idiom and gained further notoriety for backing pioneering Jamaican musicians such as Roland Alphonso, Laurel Aitken, Ernest Ranglin, Rico Rodriguez, Ken Lazarus et al.  In 2006 Altruda was awarded a lifetime achievement award for the Preservation Of Jamaican Music and Culture.

Since age six, Altruda has been an avid record collector, holding a wide interest in genres including Americana (i.e. Jazz, Blues, Country, Rockabilly, etc), Afro-Cuban, Jamaican, Brazilian, Exotica, Novelty etc. Throughout his musical trajectory thus far, the music he collects has always pushed him forward into learning how to perform and create in these various idioms.

Joey’s music has been used in many films and television programs for the past 20 years, including Swingers, Melrose Place, and Sex And The City.