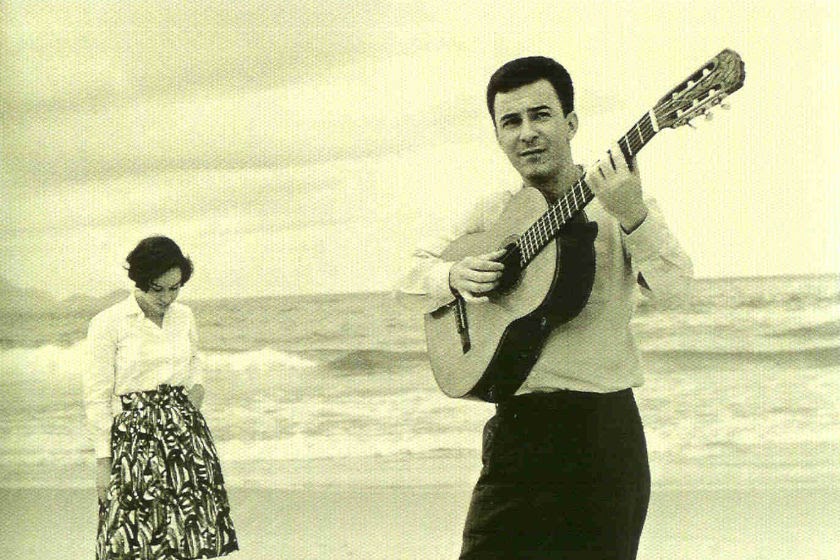 João Gilberto’s music played a seminal role for me growing up, especially during my teen years when I often felt as if I had no one to turn to. His voice brought me so much comfort, love, and an ethereal sense of hope during those challenging years.

I wasn’t like most kids of that time in a sense that I loved music that wasn’t relevant in the moment of Led Zeppelin, Pink Floyd, Cheap Trick, and so many other popular bands favored by my peers.

My bedroom above our garage was my safe place where I could be away from the rest of the world and completely lose myself in my meager stack of records.

I’d smoke weed from my one-hitter and blow the smoke out the window so as not to get busted by my mom. It was my daily ritual to self-medicate through herb and music.

João Gilberto was such a godsend to me in a way that paralleled holiness.  If you read my blogpost “Finding The Girl From Ipanema”  you’ll find the backstory of how his music found me through the radio waves and how I became friends with his daughter Bebel decades later.

Life takes some interesting turns and I feel as if a “divine plan” was put into place for me without question. Somehow decades later, I would come into friendships and associations with some of Brazil’s most profound artists, all of whom were the progeny of João Gilberto.

João’s great influence and mentorship helped give birth to the Tropicalia movement and its key proponents – Caetano Veloso, Gilberto Gil, Gal Costa (to name a few).

Tropicalia was created in direct response to the horrible repression caused by Brazil’s military dictatorship from 1964 until 1985. 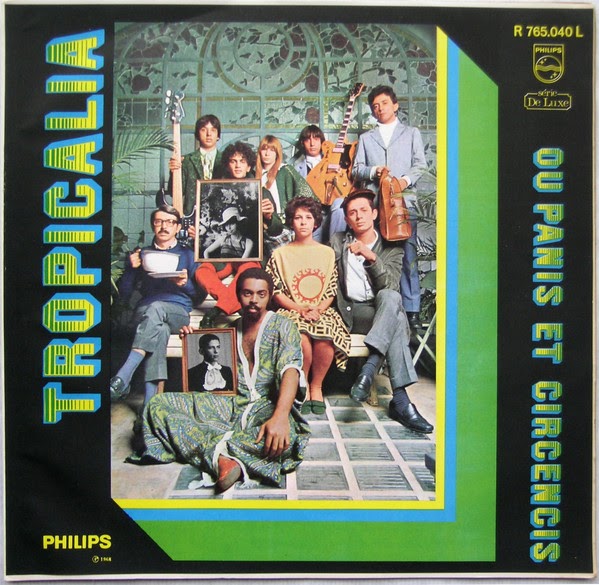 Tom Zé also played a key role in Tropicalia as well as Luiz Galvão, both of whom had long friendships with João since their time living in Bahia (circa late 50’s/early 60’s).

Under the guidance of Tom Zé, Luiz Galvão met Moraes Moreira and they formed Novos Baianos (The New Bahians).

“At first, our music was  very similar (to Tropicalia), but it was the influence of João Gilberto that really brought us into our own thing and set us apart.”  Moraes Moreira

Novos Baianos lived together on a ranch in the western zone of Rio De Janeiro where they spent every day for years playing futebol, cooking, studying metaphysics and spirituality, experimenting with hallucinogens, and changing the face of Brazilian Popular Music and youth culture.

Their 1972 LP Acabou Chorare would define an entire generation and 40 years later be cited by Rolling Stone Brasil as one the most important MPB albums of all time.

“We became the mouthpiece of a generation that yearned for freedom and certainly helped Brazil to emerge from this historically repressive moment.” ~ Paulinho Boca De Cantor (Singer of NB). 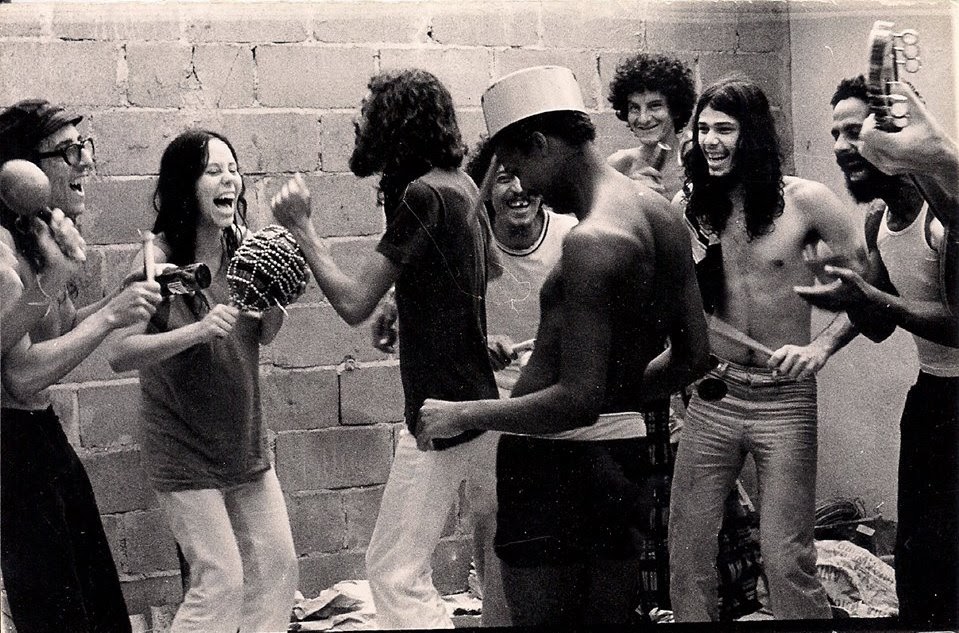 My personal friendship with Novos Baianos seemed to happen as a cosmic series of synchronistic events as I recounted in my last blog post.

It personally fascinates me that Novos Baianos were so prevalent in Brazil right around the same time that I had been called by the music of João Gilberto; perhaps quantum physics has something to do with it?

I was welcomed with open arms into the Novos Baianos fold and treated like family by these amazing people. It was then that I knew I had to tell their story to a North American audience.

Up to that point, there really wasn’t anything to be found written about them in English, so I set out to write an article for Wax Poetics Magazine (March 2020 issue).

In the course of my research, I read/google translated as many Brazilian articles and blogs that I could find about the band and their rich history. This led to other questions I had when I finally interviewed Luis Galvão, Moraes Moreira, Paulinho Boca, Dadi Carvalho and Tom Zé.

Tom Zé as I mentioned was key in the formation of the band, and extremely accommodating in our email exchanges, spawning an ongoing pen-pal friendship and a recent musical collaboration. I just can’t say enough about Tom Zé and what a musical gift he is to the world.

His unique music transpires labels and he’s been known to say, “I don’t make art. I make spoken and sung journalism.” 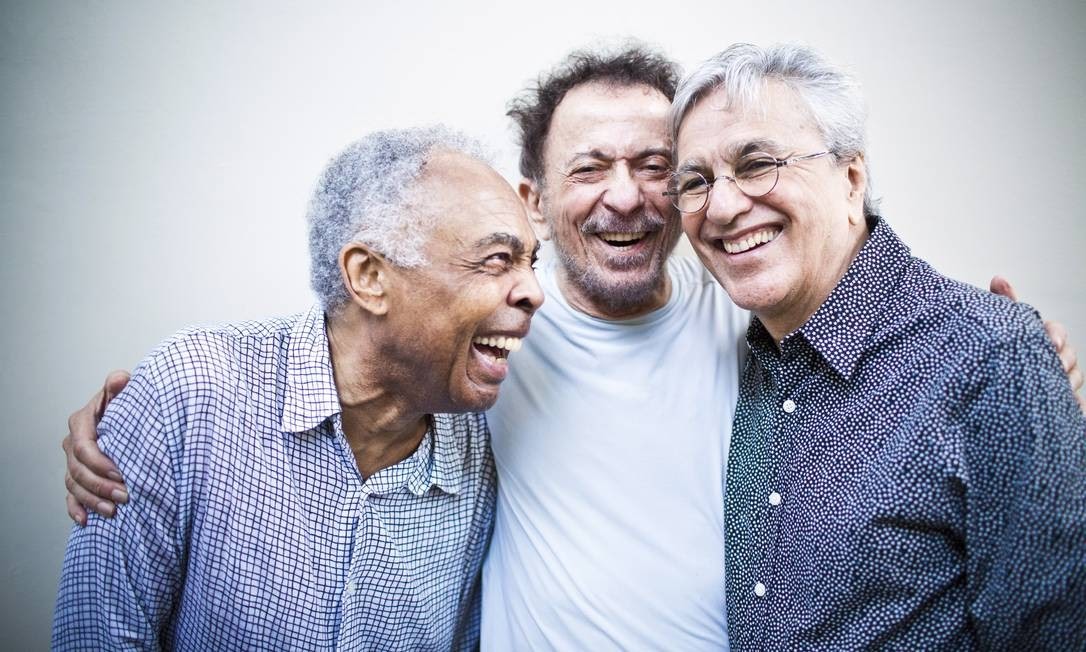 João enjoyed the company of these young crazy kids and loved to party with them, often playing music until daybreak the next morning. He had a dream of being part of communal living with music, and when he found out that NB were all living together and making music, he sort of lived out his dreams through them. He would come to their house and hang out with them, playing music all night.

The first time João visited the band in their apartment, Dadi (NB bassist) heard a knock at the door, looked through the peephole, and thought Gilberto was a police officer, immediately throwing everyone into a complete state of stoned out panic.

When Gilberto first came to meet them, the first song they played for him was “De Um Rolé”, plus some  Rock N Roll, Blues, etc. He said it was all right but “you guys need to look into yourselves”, meaning that they should really look into their Brazilian heritage.

He wanted them to be more Brazilian so he showed them Brasil Pandeiro, Aquarelo Do Brasil, the music of Ary Barroso, and other classic Brazilian singers. At that time, NB was more focused on international music and Rock, so they began to change their sound, mixing Brazilian traditional music styles with Rock instruments.

Gilberto’s background had been in vocal harmony groups like Garotos Da Lua, Anjos Do Inferno, etc. He loved vocal groups like Os Cariocas and would assign different vocal parts to the members of NB.

The song Brasil Pandeiro (originally recorded by Anjos Do Inferno in the 1940s) would later become one of their signature tunes and a Brazilian anthem. In fact, they personalized the song to such an extent that most people think that they wrote it.

“He would play the guitar for us, using his own special chord voicings that we’d never seen before. Pepeu [NB guitarist] and I would watch him intently, studying what he was doing, and as soon as João would leave we would ask each other, ‘How many did you get?’ Pepeu: ‘I got six.’ Moraes: ‘I got five.’ And then we would play them and compare notes. That’s how we learned the vocabulary of Bossa Nova.” ~Moraes Moreira

It was also João Gilberto who gave Moraes the book of Yogananda. This was the book that really guided the spirituality of Novos Baianos. They were influenced by all the major Indian gurus.

Baby [ NB female singer ] was very spiritual and (for example) if the car broke down or ran out of gas, she would take a piece of spiritual fabric, place it on the car, and believe that their spiritual energy would fix the car. They would read the bible and to them it was apocalyptic. One day they saw a big black cloud and believed that Christ would descend from it.

After having first found Yogananda’s “Autobiography Of A Yogi” as a teenager, Steve Jobs reread it once every year for the rest of his life. It was the only book he downloaded to his iPad, and a copy was given to all who attended his funeral.

The universe gave me João Gilberto in 1976 and Novos Baianos in 2016. 40+ years and the story continues unfolding and evolving. Looking back, what would I tell the 13-year-old me? Maybe I’d say, “There are no coincidences”.

“You can’t connect the dots looking forward; you can only connect them looking backward. So you have to trust that the dots will somehow connect in your future. “