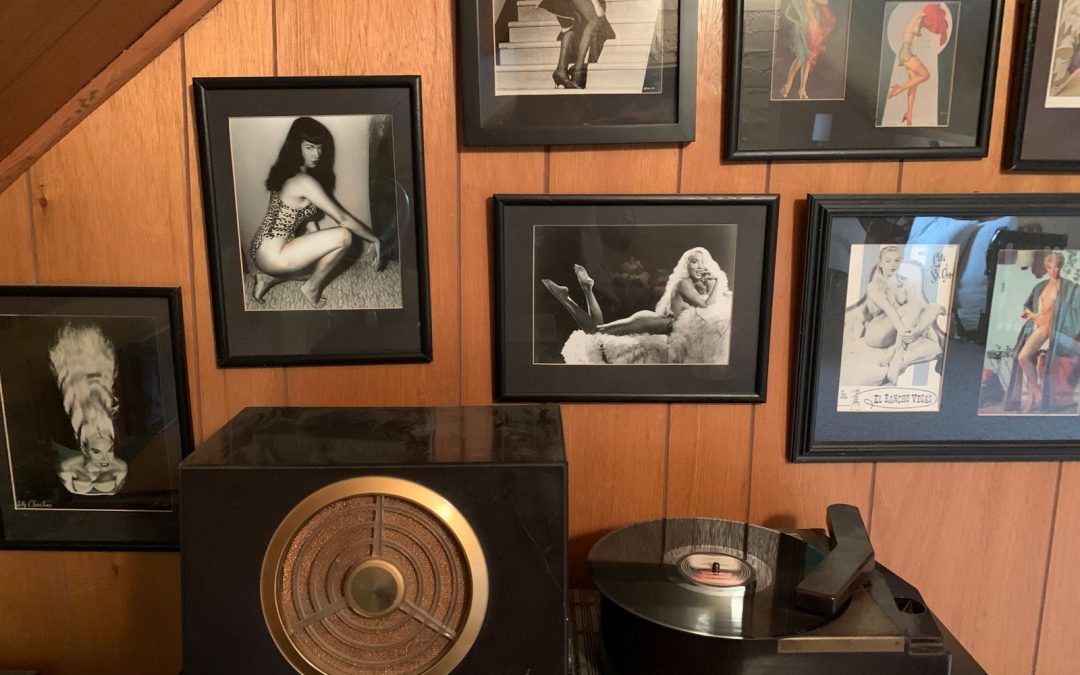 As a kid growing up in the 70’s I watched a ton of old films on our black & white TV set and since there were only a limited amount of channels (no cable or VCRs or YouTube yet) there was a certain commitment to paying strict attention when my favourite movie was showing.

My siblings and I were privy to these old movies on a daily basis and it was commonplace for the various stations to show several per day, spanning from the 60’s all the way back to the silent era of the ’20s.

Some of my very favourites were from the Film Noir genre of the ’40s & ’50s, which really shaped a certain aspect of my personality and manner of speaking.

This was very much like time travel for me, viewing into the past before I was here on this current visit to Planet Earth. The cars, architecture, fashion, cinematography, set designs, and of course, the plots drew me in like a fly to honey.

One thing that really stuck with me was the music which sparked in me an almost obsessive desire to create similar music inspired by the genre.

I began collecting old 78 r.p.m. records when I was 9 years old and oftentimes I would find a song that had the haunting quality of those old Noir movies. Along with the records came a fascination with old photographs, especially the old wind-up Victrolas.

To listen to a record from that era on a record player from the same time period invoked a magical feeling of time travel inside me, one that still remains to this day.

With the advent of modern technology and specifically YouTube, I decided to share this with others, creating a series of “time travel” videos which I like to refer to as Jazz Impressions Of Film Noir.

Each video is a presentation of records I selected from my collection that were either songs that had been featured in old Noir films, or that give out the same vibe. These are played on my 1947 RCA Victor radio/phonograph combo along with a brief introduction and some context about the record.

And as a special bonus, I’ve created a special Free 80 minute DJ Mix Link that you can find in the description of each video of music hand-selected and sequenced from my record collection.

The first in the series is Harlem Nocturne, which is considered to be the quintessential Noir anthem, followed by Jungle Fantasy which was an all-time classic from the film Criss Cross starring Burt Lancaster and Carolyn Jones (aka Morticia Addams).

I’ll be releasing more of these on a frequent basis so stay tuned into the Jump With Joey Altruda YouTube Page.

Ciao For Now & See You On The Flip Side,
enJoey