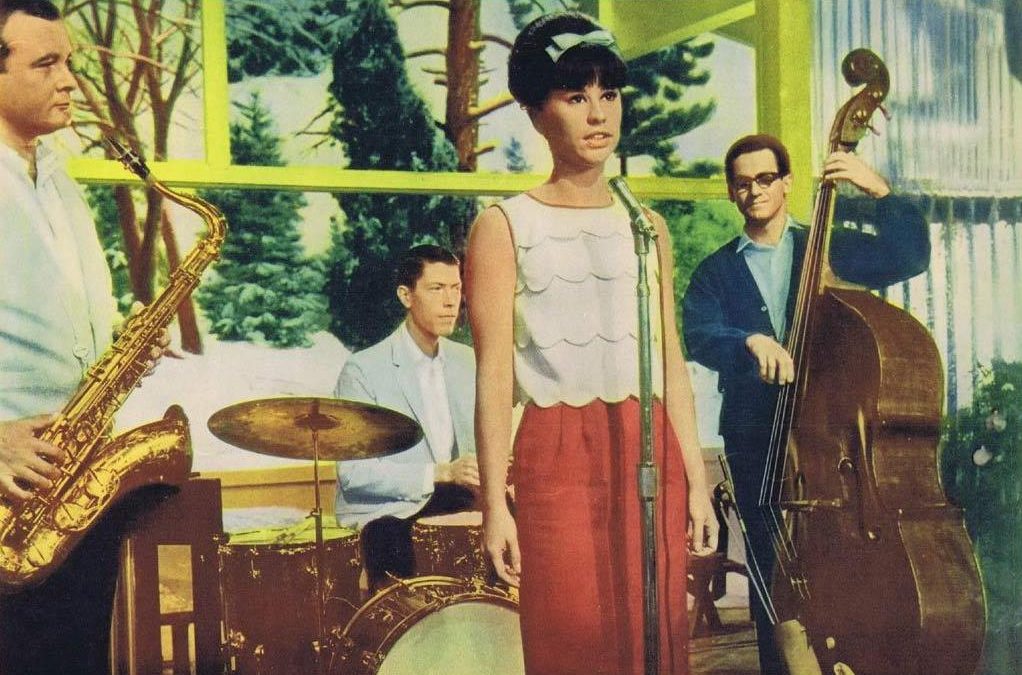 How I Found The Girl From Ipanema

it’s a cosmic turn of events that began when I was only eight years old.

1971 (third grade) – Every week I would accompany my father to the Super A Market in San Gabriel for the weekly grocery shopping. In the check-out aisle stood a rack of discounted records, marked down to only .89 cents per album. They were cheap for a reason – most all of them were stinkers.

My dad would often let me pick something out, knowing that I loved records and listening to music, and it was always a guessing game when it came to making a choice.

The types of records that took up space in that rack were mainly generic in quality by unknown artists or “fake bands” (studio groups) and albums that were flops. Titles like “Some Call It Oompah”,  “Mexicali Brass Goes South Of The Border”. “Julie Harris in Skyscraper” etc etc. 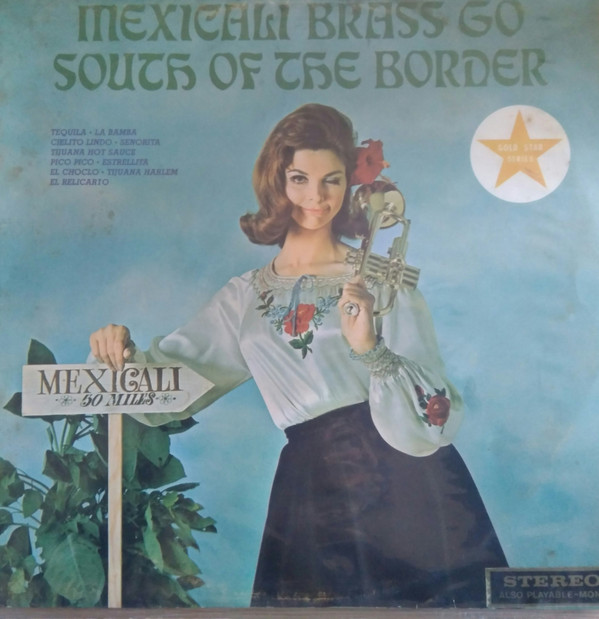 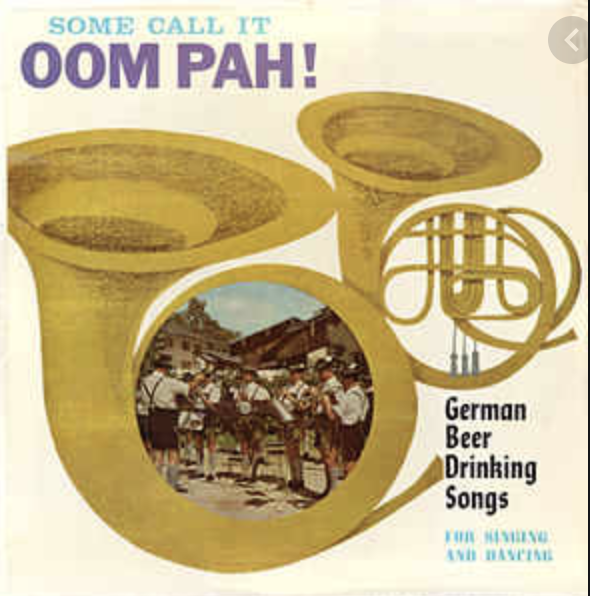 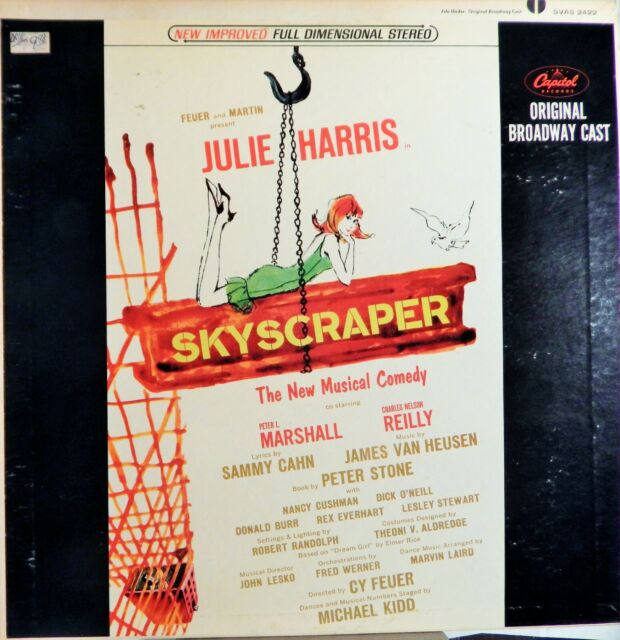 But one day something kind of “cool” caught my eye.

It was a colourful album design with groups that looked to be “rock bands”.

(at that age I was all about The Beatles and whatever rock music I could get my hands on).

It was a soundtrack album for a B movie from 1964 called Get Yourself A College Girl. This record was my introduction to The Animals, The Dave Clark Five, The Standells and more importantly The Jimmy Smith Trio, Stan Getz and Astrud Gilberto. 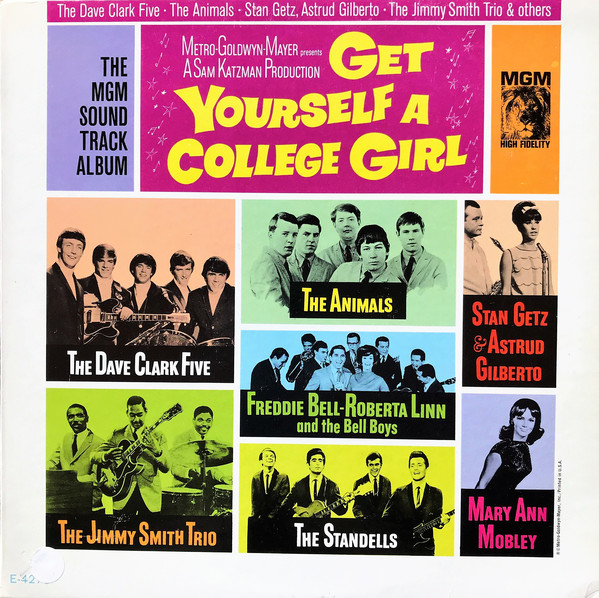 One of the tunes that caught my ear on this album was a version of The Girl From Ipanema, but not the hit version that everyone knows.

This particular version didn’t have João Gilberto in the band. It was a very stripped down sound of only sax, vibraphone (Gary Burton), bass and drums.  My guess is that this had been recorded specifically for its use in the film

For whatever reasons, it caught my ear but I had no context for some years that it was of Brazilian origins or that it had been an international hit nearly a decade beforehand.

It wasn’t until I was around 13 that I heard the hit version of the tune on the radio.

In 1977 João Gilberto had released an album called Amoroso which received a lot of Jazz airplay, especially his rendition of Besame Mucho.

At that time it was an odd thing for a kid to dig Jazz. Most kids were interested in whatever was playing on Top 40 or Rock radio stations.

It was sometime around the end of my 8th grade year that I shifted from rock to predominantly Jazz listening, which wasn’t the easiest choice at that tender age. I endured a lot of shit taking from other kids at the time for my off centered musical preferences.

I was completely captivated by Besame Mucho and the intimacy of João Gilberto’s voice. It was as if he was right there singing personally to me.

This was also my introduction to the song Besame Mucho, which I thought was his composition because of how much he personalized his performance.

It would be years before I would find out that the song itself was an international standard in its own right. 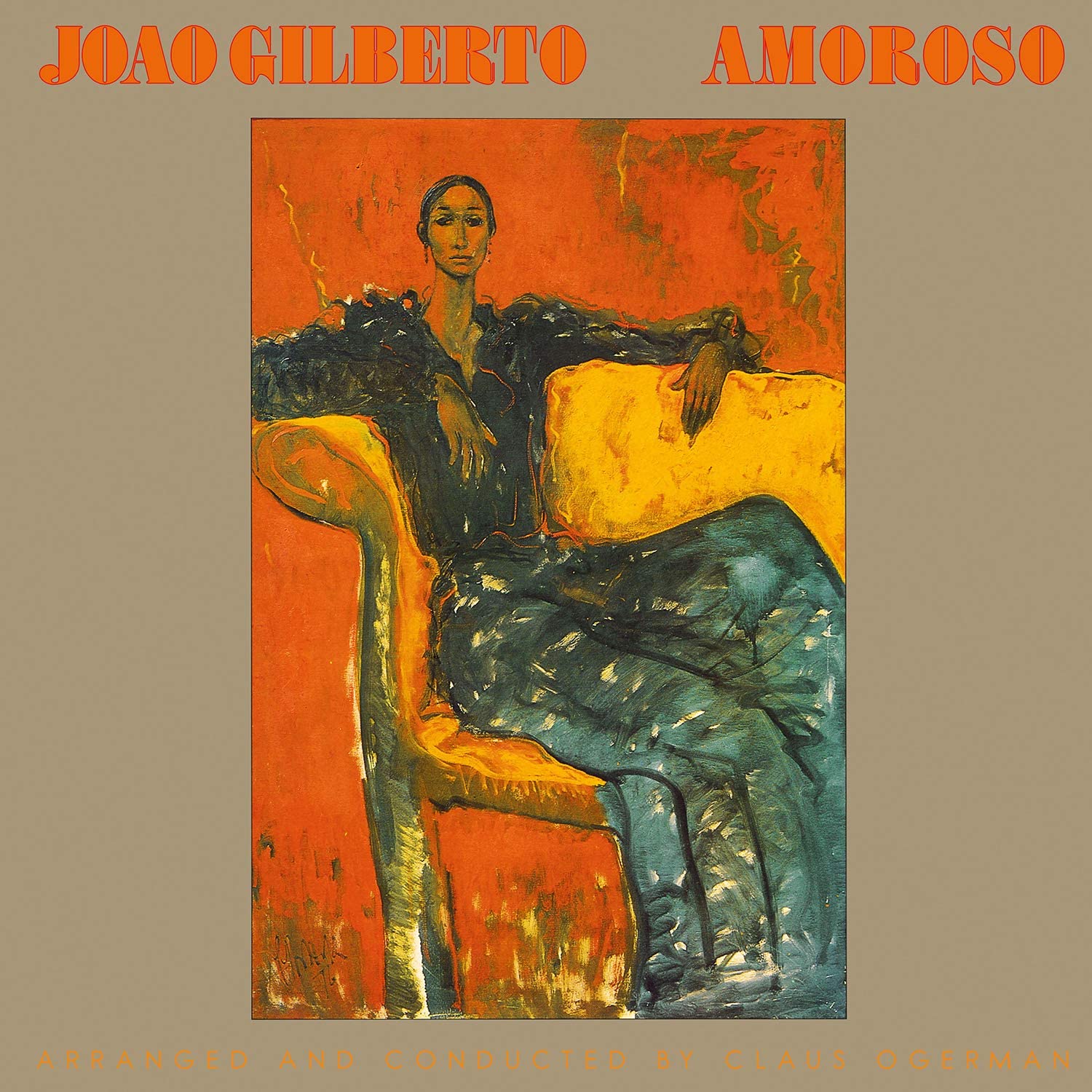 One afternoon, around this same time period, the radio station played The Girl From Ipanema from the Getz/Gilberto album.

I immediately recognized João Gilberto’s voice as he sang the opening Portuguese lyric, followed by Astrud with the English portion. I was knocked out and had to wonder if maybe the two singers with the same last name were somehow related or maybe husband and wife. 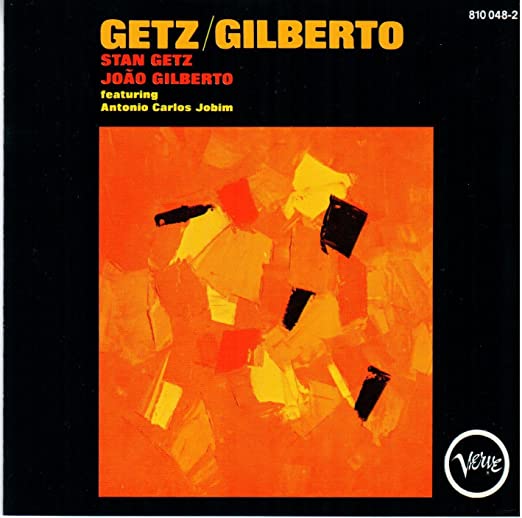 but it wasn’t the easiest thing in the world. Most record stores back then were chain stores found in shopping malls and they carried very little Jazz. I had no idea that I could’ve ordered records through the store either, so it was really catch as catch can for me.

I did however find an album by Stan Getz & João Gilberto that was more of a recent release (1976)  called The Best Of Two Worlds. It was a reunion album that featured a different female vocalist credited as Heloisa Buarque.

This was an excellent album, one that I eventually wore the grooves out of. (I also found the original Getz/Gilberto LP by the time I was in 9th grade.) 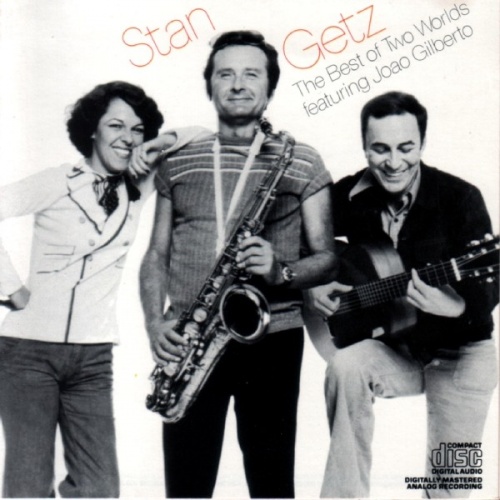 Heloisa Buarque was not known in the U.S. but in Brazil she was quite a well known singer who was known only by one name – Miucha.

Many years later I would discover that Miucha had been João Gilberto’s partner after his divorce from Astrud.

Being that the U.S. copies of the reunion album only refer to Heloisa Buarque (not Miucha) in the liner notes, I often wondered if she could be related to the legendary MPB singer Chico Buarque. For years I would  ask anyone who collected Brazilian music,  yet no one ever seemed to know of her.

It was an unsolved mystery to me for 37 years

until my first visit to Rio De Janeiro.

2013 – I accompanied music producer Mario Caldato Jr. (aka Mario C) to Rio as part of a songwriting team for a World Cup song that Coca Cola was sponsoring.

During my stay I became friends with singer Bebel Gilberto,  whose father happens to be João Gilberto. One evening, very late at night, we sat for hours eating pizza and drinking beer in LeBlon (an upscale beach neighbourhood in Rio).

At some point in the course of our conversation she said, “You know, Chico Buarque is my uncle.”

Of course my reply was, “Do you know of the singer Heloisa Buarque? I’ve always wondered if she was related to Chico Buarque.”

Visibly startled, she asked  “Who did you just say?”

“Heloisa Buarque. I always wondered if…..”

“That is my Mother! How do you know her name?!”

Of course she was surprised – nobody in Brazil knew Miucha to be Heloisa Buarque, and here I was, this gringo with a very small knowledge of Brazilian music, mentioning her mother by proper name.

So, yeah, as it turned out, Heloisa (Miucha) was Chico Buarque’s sister.

She had met João Gilberto in 1965 while she was an art student in Paris.The two had a daughter, Bebel in 1966.

and ended up making music together at her apartment until the wee hours.

Her voice was clear and so youthful, even at 75 years old.

At one point she began hounding Bebel to call her father and get him to come over and jam with us. He lived somewhere close by but was a famous recluse.

Unfortunately for me, it didn’t come to pass, but I took it as a supreme compliment as João Gilberto had been one of my all time heroes since childhood.

Miucha’s apartment was filled with beautiful art and many photos of her with people like Antonio Carlos Jobim for example. 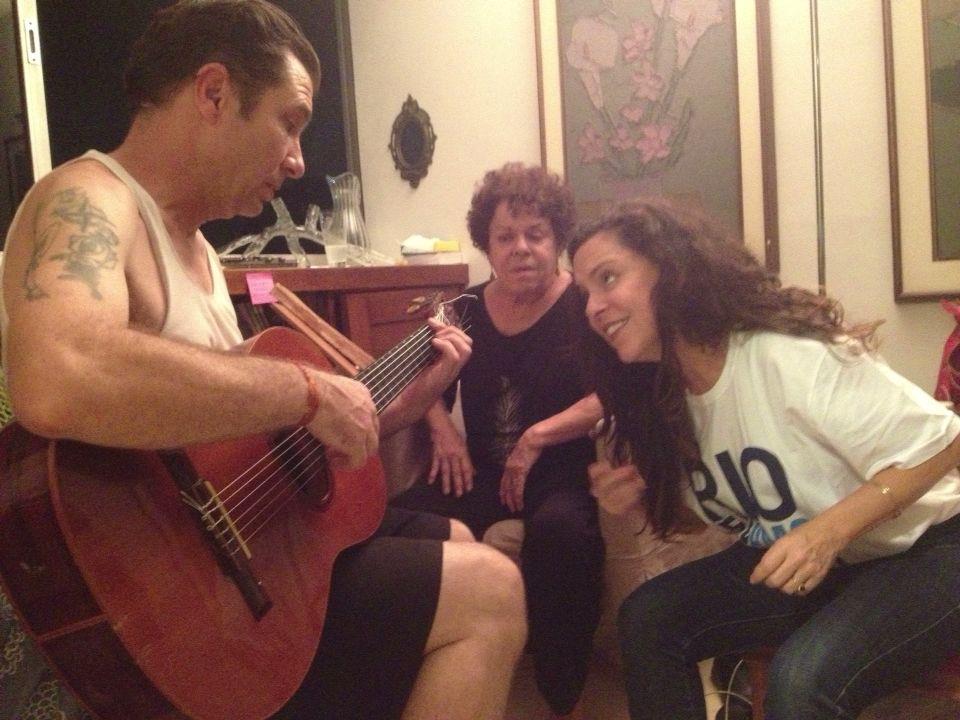 This was another instance in my life where someone popped out of the vinyl of my youth and into my real time life. The woman on that record cover; that voice that kept me company during some of the loneliest moments of my youth.

Some people might call it a coincidence but I believe there are no coincidences in life.

The following year, Bebel came to Los Angeles and hired me to play bass on her CD “Tudo” (produced by Mario C). 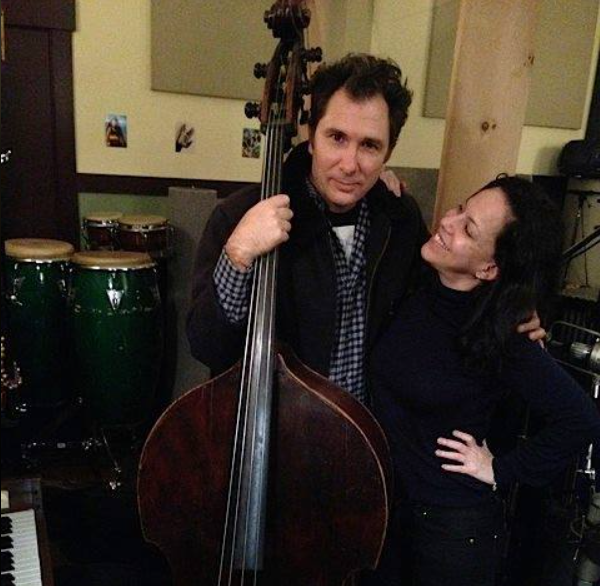 Many more visits to Rio would follow for me

and I would eventually discover a somewhat cosmic lineage and connection between João Gilberto, Novos Baianos, Tom Zé (who I have recently collaborated with) and the Tropicália movement.

Stay tuned for the next installation of this tale!